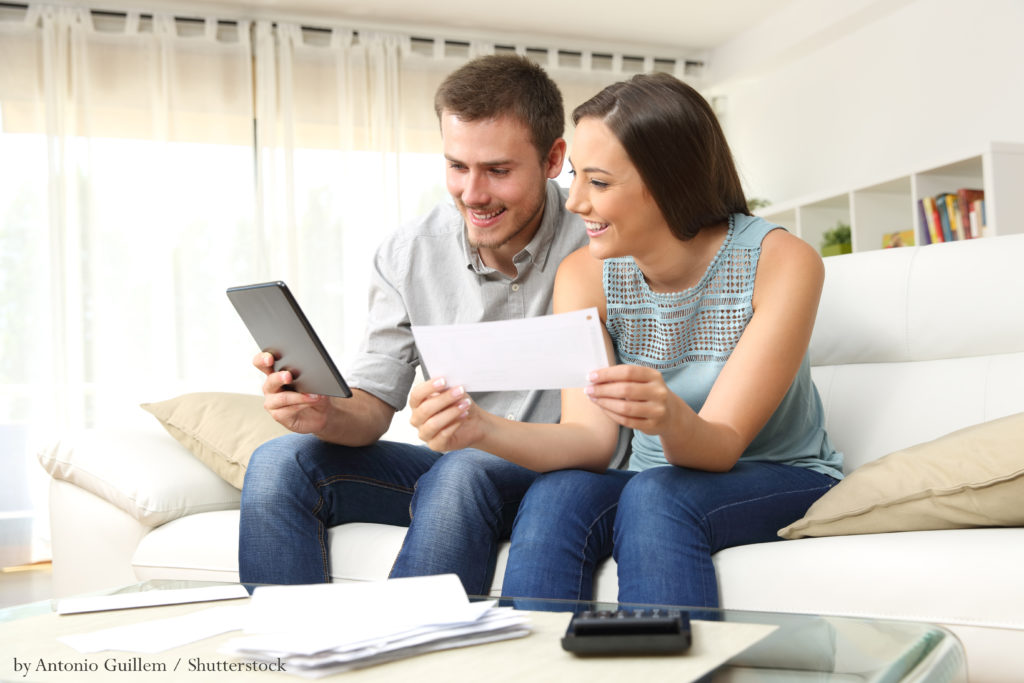 There are so many things to think about when you are in a serious relationship and thinking about marriage or moving in together.  No one would rate finances as the most exciting thing to think about, but studies show that money is the number one reason couples argue.  And those financial arguments are a top predictor of divorce.  So, how can you avoid becoming a statistic?

Here are some tips.
Understand the importance of talking to each other.  A poll by the National Foundation for Credit Counseling found that:

The result? Couples just do not talk about finances for fear of causing problems in the relationship.   A Fidelity survey said more than one-third of partners do not even know the salary of the person they are with. The irony is that 72% of those same couples said they communicate “very well” about financial matters.  A 2004 study by SmartMoney found that more than 70% of couples talk about money at least weekly.  So what’s the problem?  This statistic would imply that most couples are talking about money.   Mary Claire Allvine, a certified financial planner says the difference is that, “Most people don’t know how to talk about money.  People tend to be emotional and reactive, not strategic.”   Couples think they are talking about money when in reality they are reacting to the unpleasant situation that overspending and/or lack of budgeting has put them in.

While there is nothing romantic about budgets, taxes, wills, and other personal finance matters, talking about and resolving differences early on may lead to stronger long term relationships.   Most experts agree that couples should not wait to talk about money.

Create a strategy and system that works for your relationship.  Whether you talk about money weekly, monthly or on some other schedule, what matters is that you agree on a system and the goals you want to achieve.

Getting started talking: Taking the first step to openly talk about money can be difficult, so start easy, with questions like “What’s your first money memory?” or “How did you spend your allowance?” Then move on to some of these:

Trust each other. A recent Money survey revealed that couples who trust their partner with finances feel more secure, argue less, and have more fulfilling sex lives. That level of trust, though, isn’t common among newlyweds. “We’re intimate with our partners in so many ways before marriage, and yet money remains off the table,” says Paula Levy, a marriage and family therapist.

Be honest. If you made a purchase you shouldn’t have, own up to it. Some 40% of men and women confess they have lied to their spouse about the price of something they bought, and lying about money can have huge repercussions.Support each other:  Retreating does not help, and neither does finger pointing. Work together to come up with a game plan to create a budget and reach your goals.

You are still individuals.  Celebrate the differences. If your partner is a bargain-hunter, put him in charge of the spending while you invest the savings. In addition, decide on a monthly amount each of you can spend, no questions asked. The average amount couples say this should be, according to Money, is $150.

There are pros and cons to opening a joint bank account.  SmartMoney found that 64% of couples put all of their money in joint accounts, while 14% kept everything in separate accounts. For many newlyweds, the ideal choice may be both: yours, mine, and our accounts. Once you have determined shared living expenses, both of you can contribute your portion of those costs to the joint account based on your share of household income.

Find the key to success.  Remember that the key to any success is to have a plan, set goals, and achieve the goals.  If you have to adjust the plan to make the goals a reality, then be flexible enough to make those adjustments.  Ask For Help: If you and your spouse find money conversations tough, you might want to bring in a financial planner or other professional.