The Co-Op You Can Bank On

We are a Co-Op and we help you thrive!

By providing personal and business financial services to our members, with local decision making and local community investments, everyone benefits.  We truly care about the success and financial well-being of our members. And when our members prosper, so do our communities.

Who We Are Not

We are not a bank.  Banks are owned by shareholders and exist to make profits for those select shareholders.

We are owned by you, our members. Our profits are reinvested in you through more dividends, better loan rates and better service!

We are financially strong and federally insured by NCUA.

We are locally owned and governed by our members.

We volunteer, we donate, we help and support our local communities.

We provide an alternative to traditional banks with competitively priced services to optimize long-range success for our members.

We engage in research and development to offer cutting-edge technology.

We are a well-trained, professional team, dedicated to serve you with competence, care, and courtesy.

Apply For Membership with The Co-Op You Can Bank On! 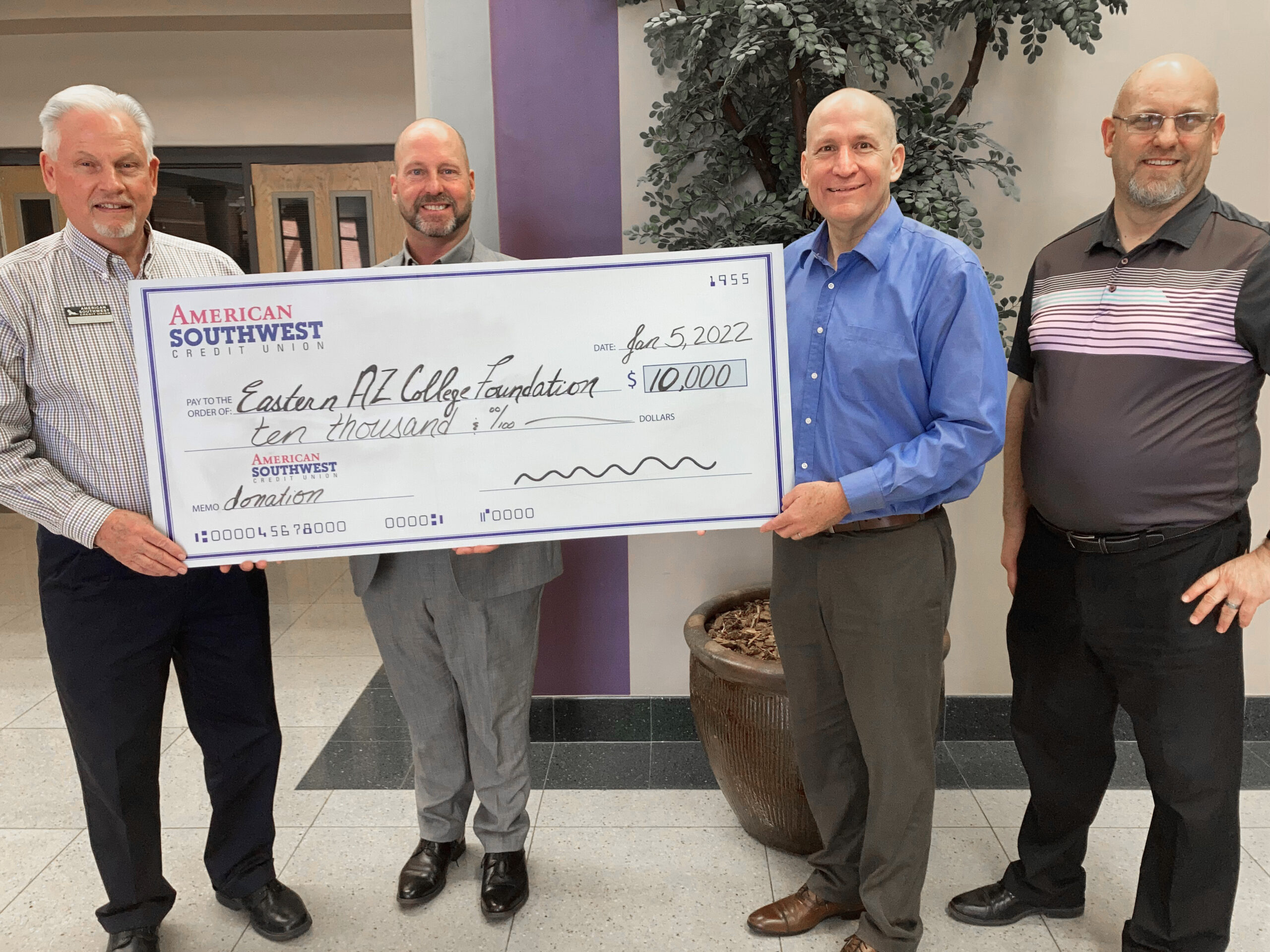 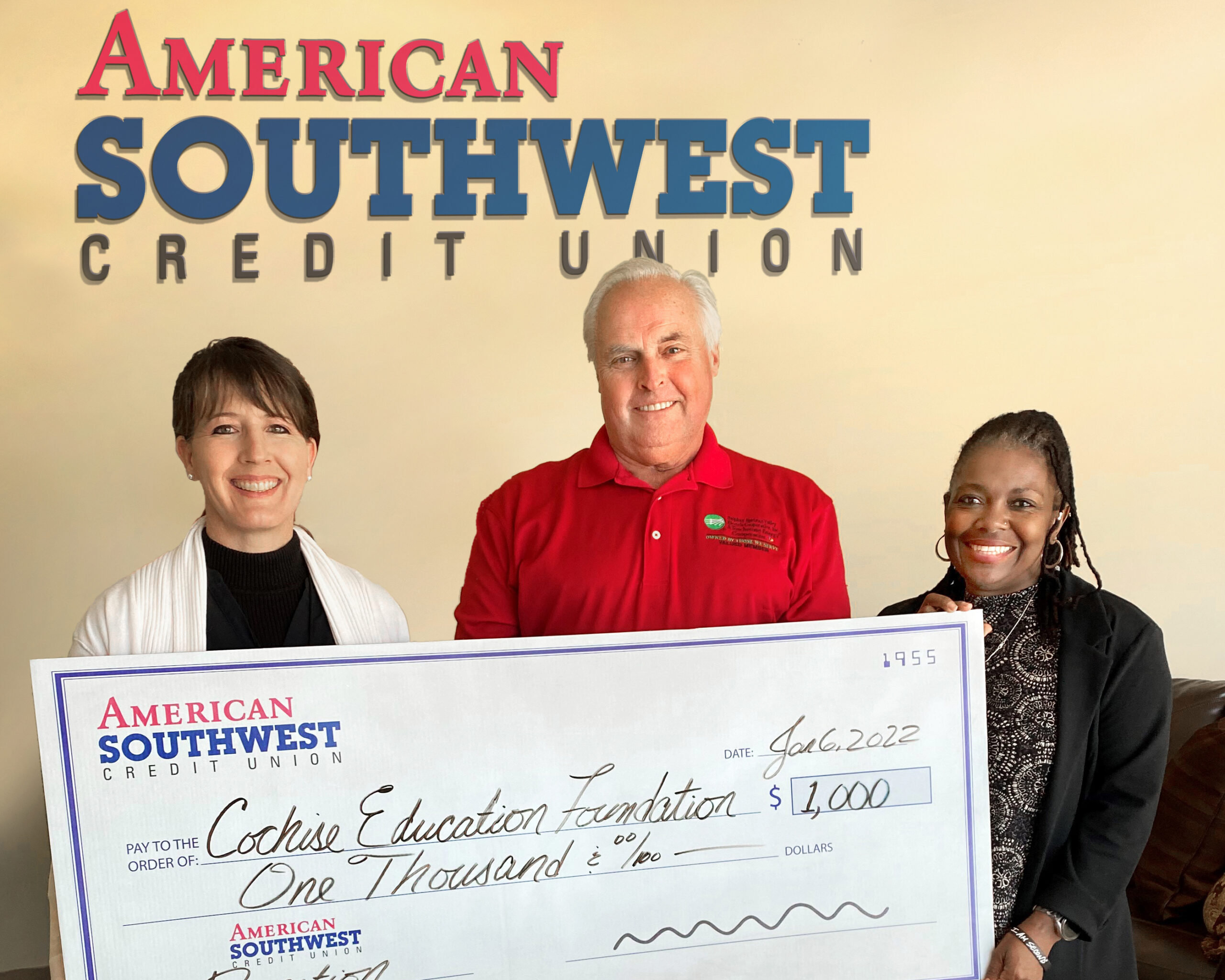 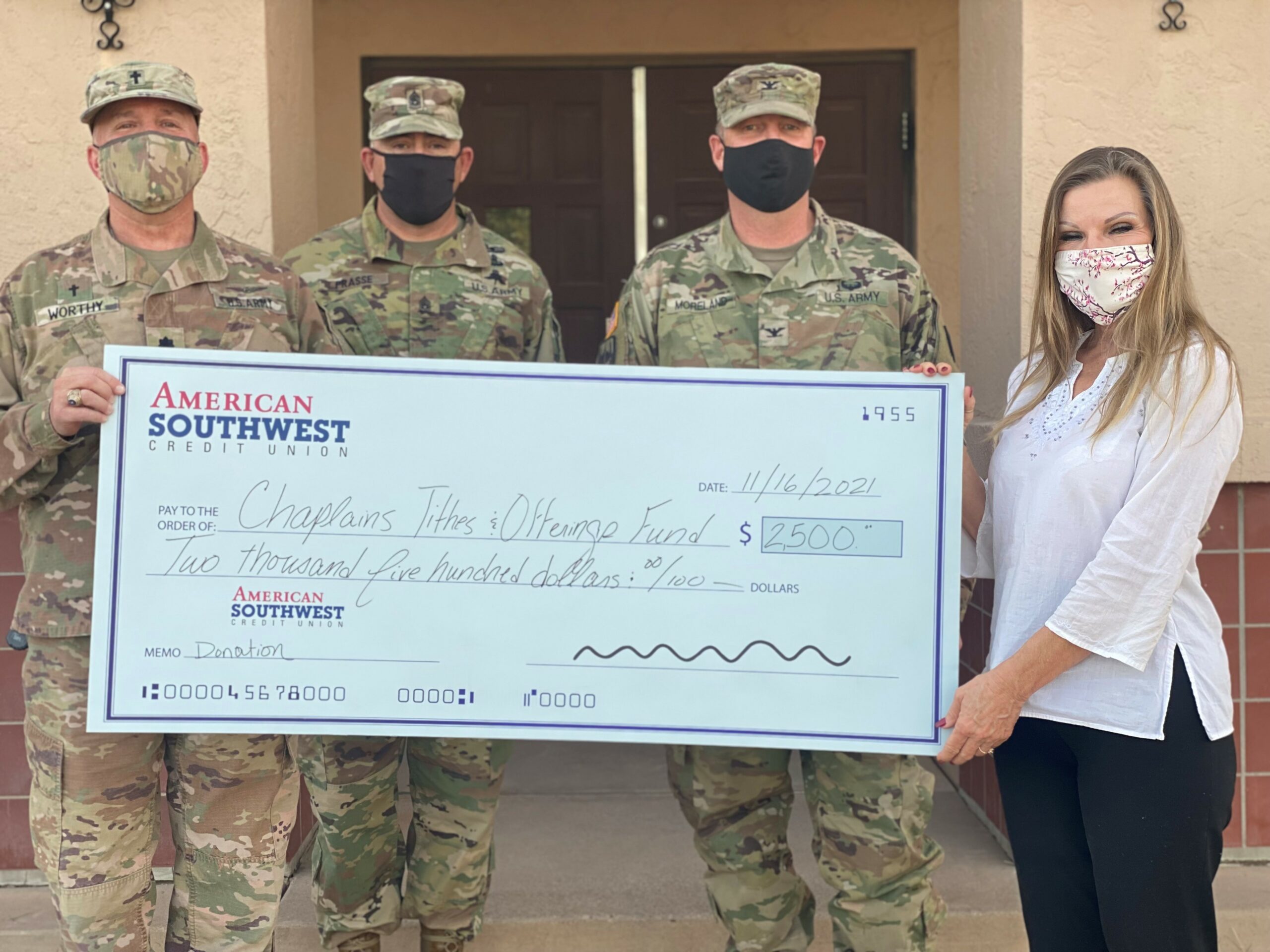 We are proud supporters of our military families.  This year we donated to the Chaplains Tithes and Offerings Fund on Ft. Huachuca.  This fund helps enlisted and in-need military families with food for the holidays.  Thanks Ft. Huachuca, for making this possible!  read more. 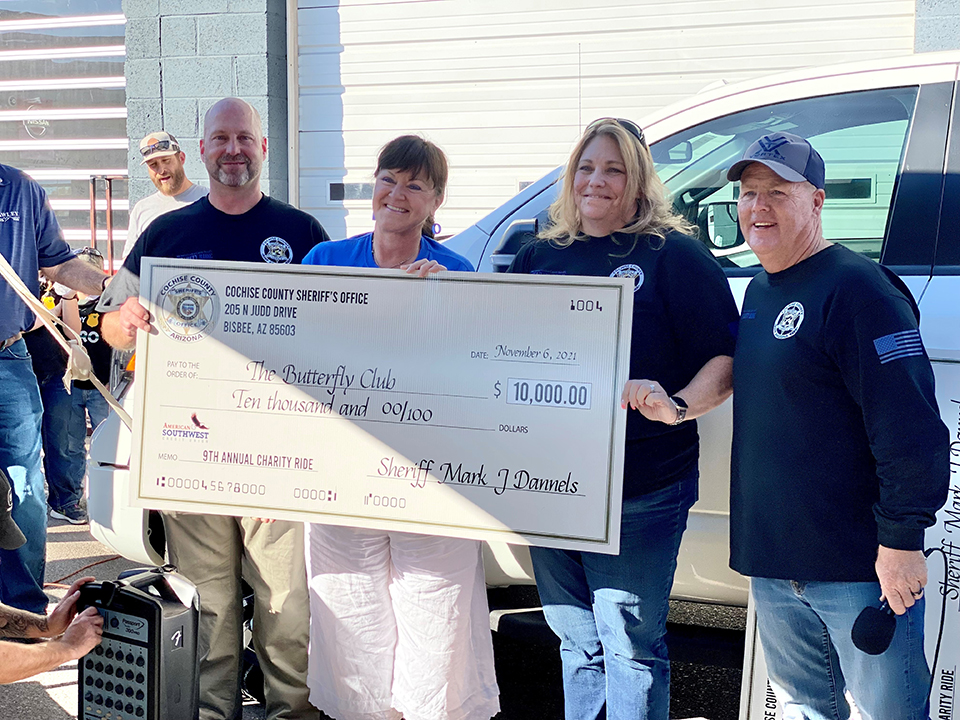 We were happy to partner with the Cochise County Superintendent's Office this year to present "Money Moves" financial education curriculum to Cochise County Teachers.  We are going to be at their annual training day in January too!  Looking forward to bringing this important aspect of learning to our youth.read more.

Our financial education program was kicked off this year with a workshop in Douglas AZ.  Special thanks to Angie Luna who works for the Youth Quest Program in Cochise County. Angie brought the students together, arranged transportation and the location for the workshop, arranged catering and everything else needed to…read more. 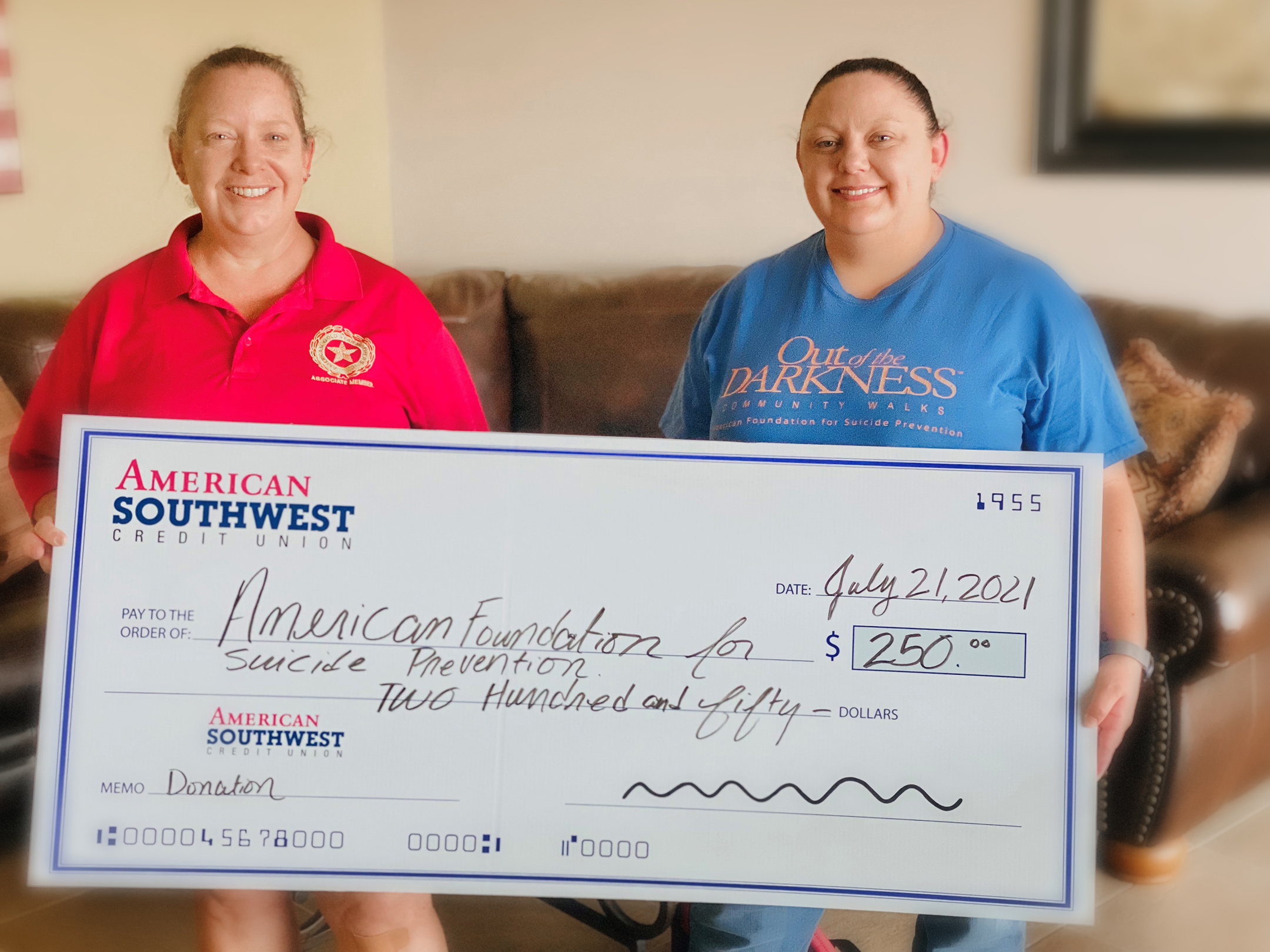 Our local community is really working hard to bring awareness and compassion to those suffering.   Join the walk for awareness on October 23rd.  More information at: OutoftheDarknessWalkread more. 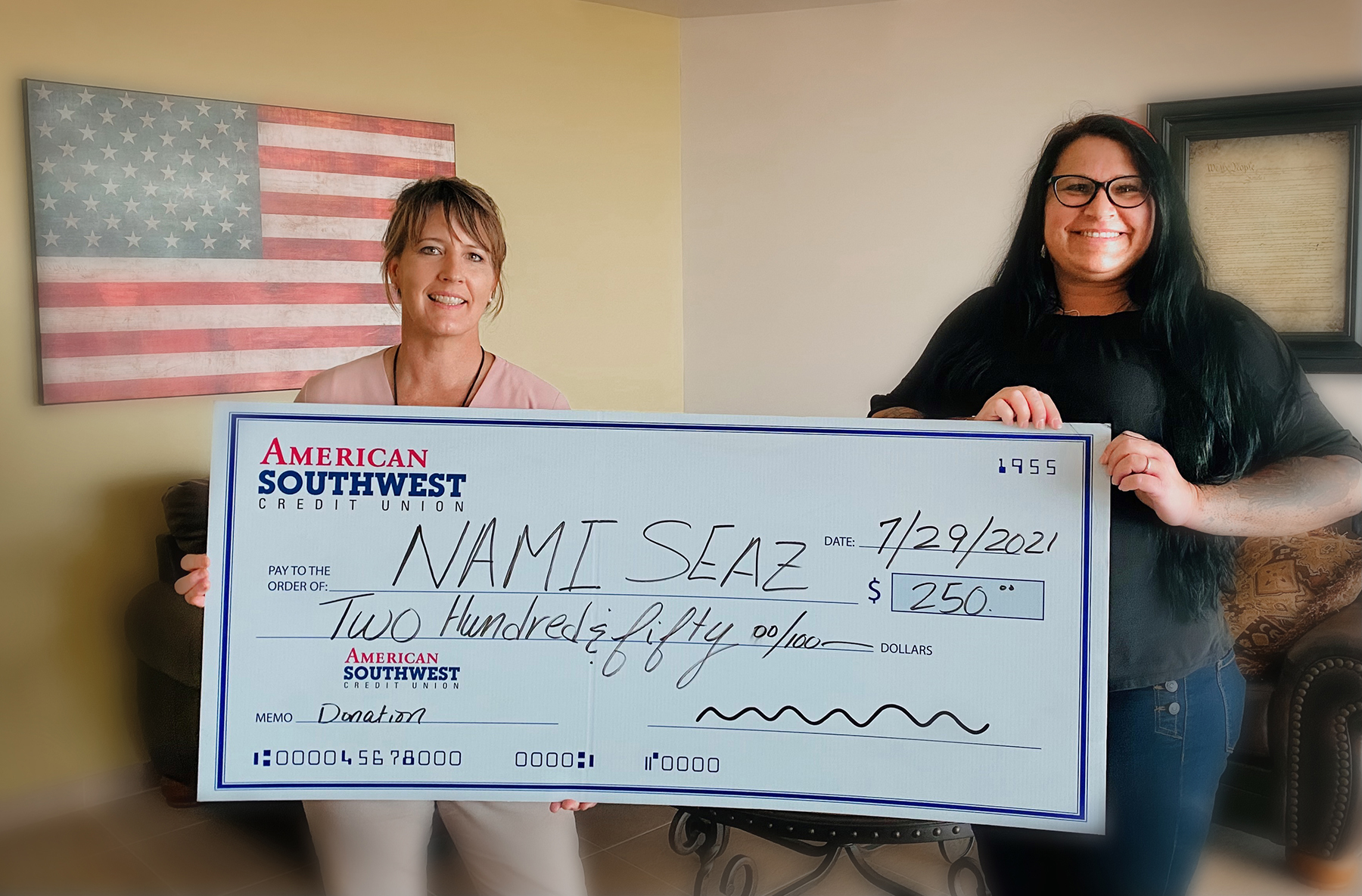 Proud to donate to National Alliance on Mental Illness of Southeastern Arizona.  Don't forget to register for their event, the Sky Island Bike Tour on October 2nd. Show your support and ride!  https://www.skyislandtour.com/read more. 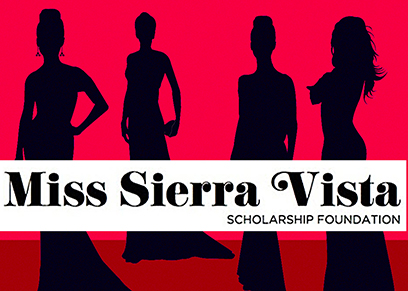 We value our youth at American Southwest Credit Union and this year, we've made a $1000 donation to the Miss Sierra Vista Scholarship Foundation.  These girls represent the community of Sierra Vista and develop a community service platform.  During their time in the program, they each spend time promoting their…read more. 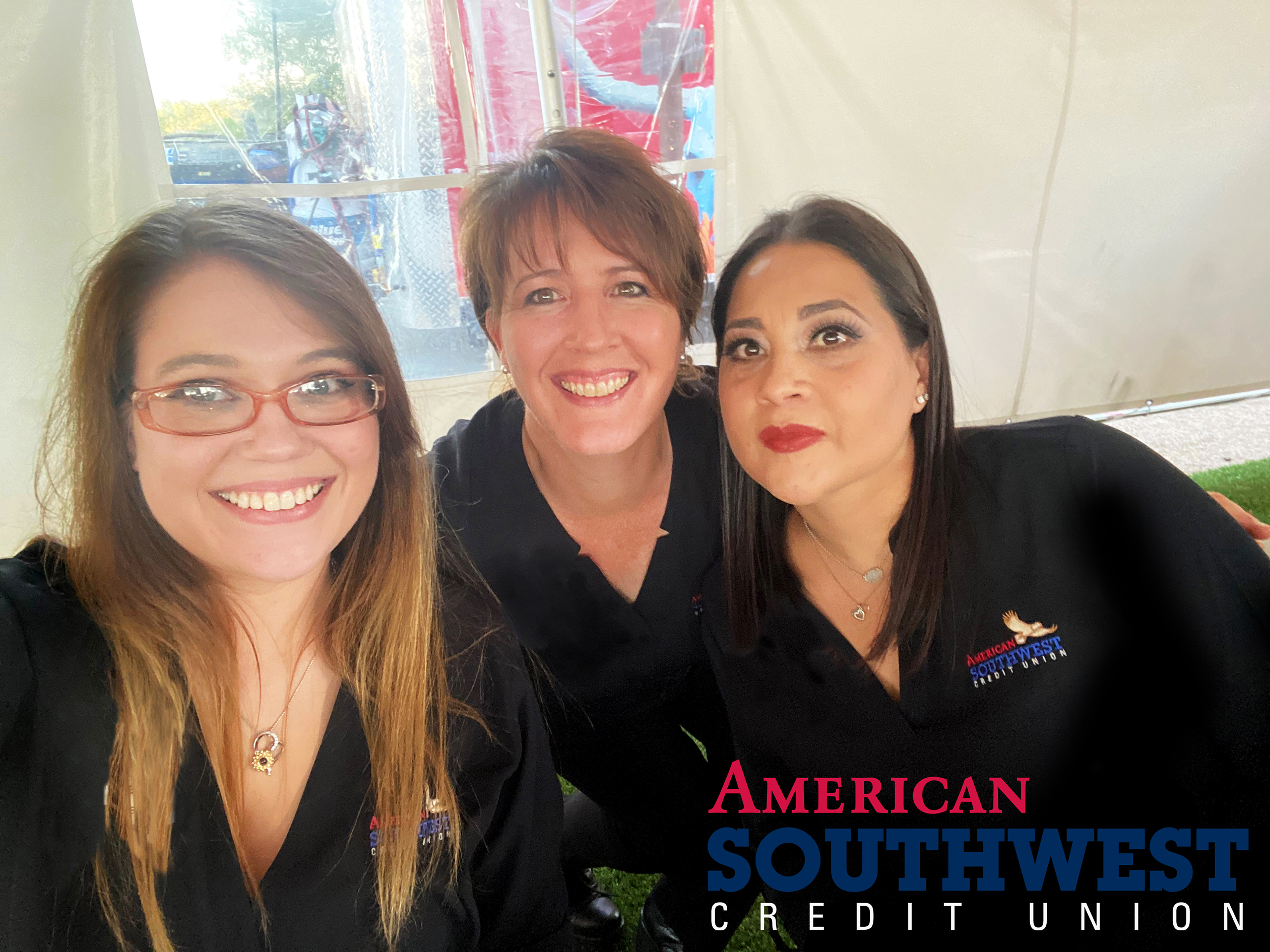 Our ASCU team attended the Green Valley/Sahuarita Chamber of Commerce Dinner.  It was great to meet new people in the business community. We hope to attend next year!read more. 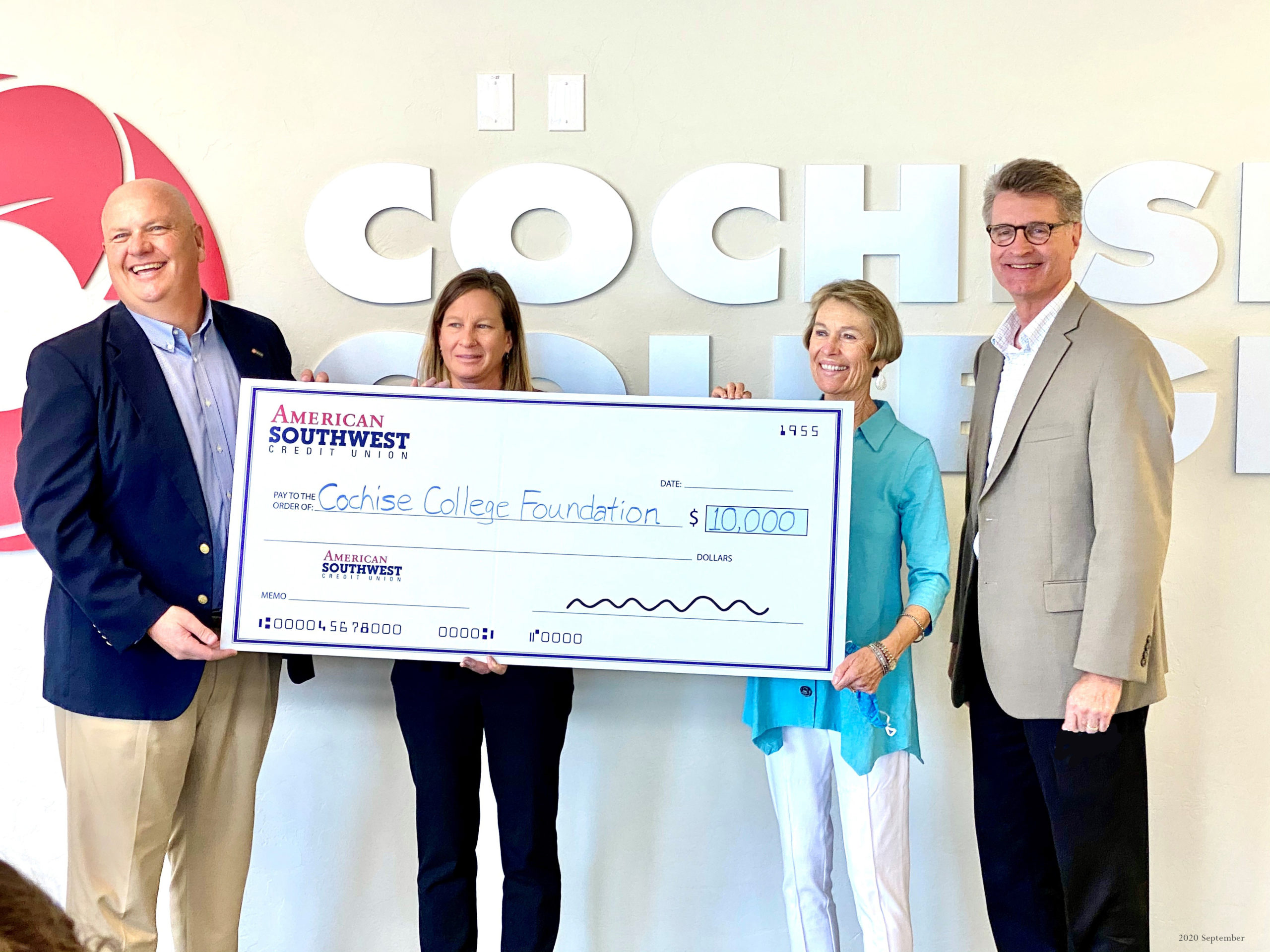 Cochise College is a great way to start a career or change careers.  Our donation of $10,000 this year is earmarked for non-traditional students who have been affected by the pandemic.  If you have lost a job due to the pandemic and need a fresh start in a different career…read more. 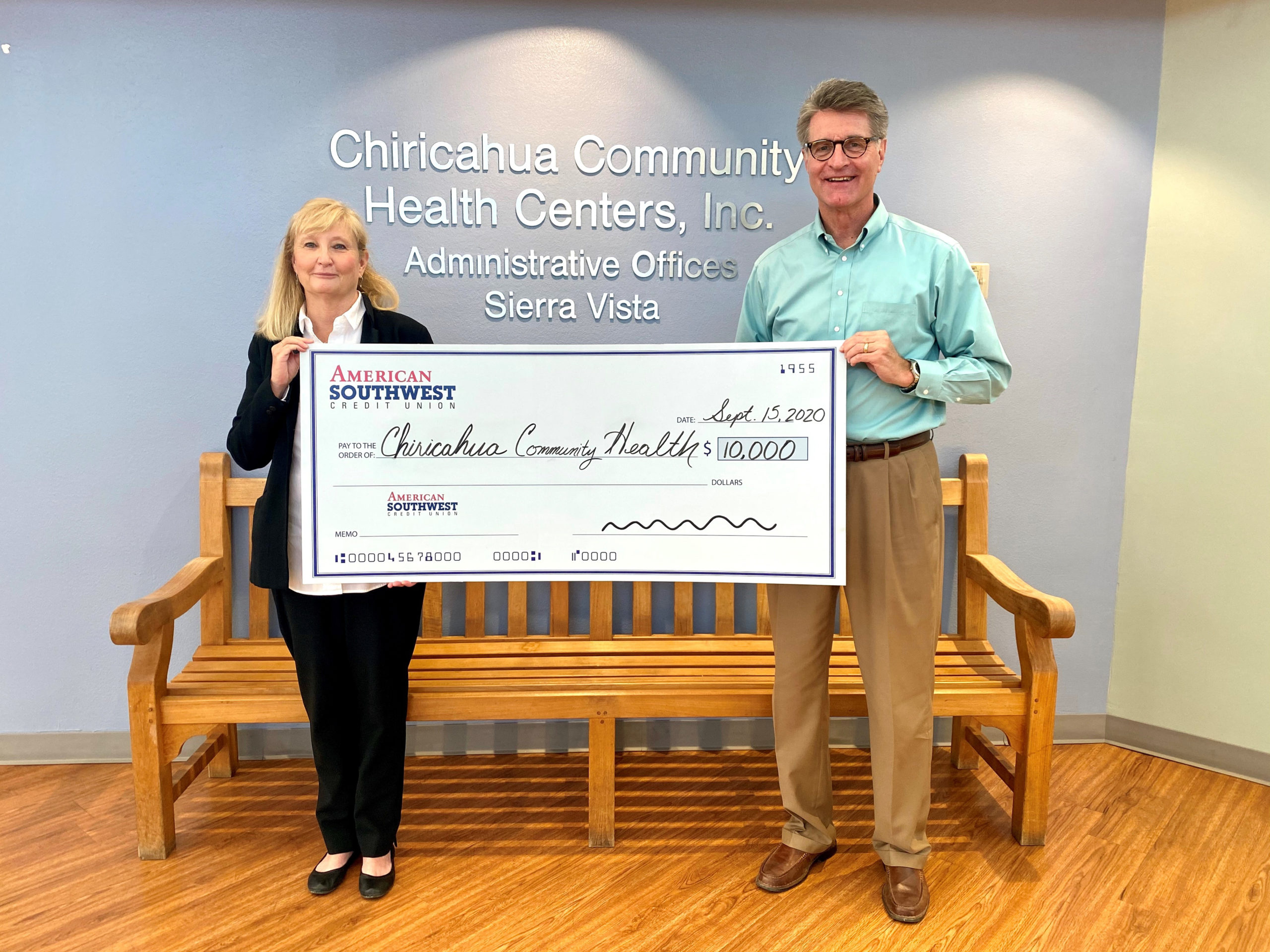 ASCU proudly supports the communities where we serve.  During this pandemic, we wanted to assist with health related issues revolving around COVID-19.  Our donation will go to directly assist for testing, and distribution of the vaccine, when it becomes available.read more.

How Did Credit Unions Develop?

An idea originated in Europe around 1844 which allowed people to pool their money and make loans to one another. The idea included three guiding principles: (1) Only credit union members could borrow money, (2) loans were made for prudent and productive purposes, and (3) repayment of loans was based on a person’s character. These principles still govern most credit unions world-wide.

This concept came to North America around 1900 for similar reasons – people were poor and with consumer interest rates sky-high, they needed an affordable way to borrow money. Credit unions were the answer. A credit union is a cooperative which is a very unique type of business. Like all cooperatives, credit unions have certain core characteristics:

Therefore, a credit union is a not-for-profit, financial cooperative. Its member-patrons are its owners. In other words, there are no stockholders-only member-owners who equally share in the profits, (dividends on share deposits) of the credit union. Cooperative ownership allows the membership to be governed from within. A board of directors is elected from the general membership. Every member has one vote-regardless of the amount of money they have on deposit. The board of directors serve one, two or three year terms without compensation. Any member of the credit union in good standing may run for a board seat. The board sets policy and direction for the credit union. In other words, its members democratically control the credit union. The next time you see your credit union open a new branch or add a new product or service, you will know that your board is at work improving services for you, the member-owner. The main goal of a cooperative is to make service and benefits to members its highest priority. We place a strong emphasis on people. Our philosophy is that people come first and this is reflected in the credit union motto, “People Helping People.” Additionally, credit unions strongly value member involvement. We feel that it is important for you to have a voice in the way your credit union is managed – that’s why every shareholder, regardless of their deposit balance, has the opportunity to vote for their Credit Union’s Board of Directors.

American Southwest Credit Union (ASCU) has a rich heritage of serving its member owners since 1954. Nationally, many credit unions were chartered in the 50’s. There is evidence that ASCU (then, Huachuca Federal Credit Union) actually began organizing sometime in the spring of 1954. In fact, the minutes of the first annual meeting on February 3, 1955 attest to the fact that there were 8 months of reportable activity during 1954. They reported that there were 45 members present and that they had a “net gain of 198 members and a monetary gain of $293.01.” Regardless, those early charter members pressed on and received their federal charter from the Federal Bureau of Credit Unions on March 25, 1955. In those infant days of the Credit Union, unsecured loans were capped at $100 and secured loans at $300. You can’t complain about the dividends, however, they were paying a robust 3.00% on regular share accounts.

The location of the Credit Union changed from time to time as directed by military leadership. At one point, it was located in the old morgue. How’s that for public relations! Eventually, the Credit Union office was moved to Building 41331 and it stayed there until 1985. Building 41331 is where the current Fort Huachuca Branch is located.

In 1982, the Credit Union had outgrown Building 41331 and knew that it would soon be necessary to expand, so management began looking for a new location. The May 20, 1982 board minutes reflect that the board was interested in “having a branch off-post.” Five months later, they purchased a plot of land where the current Main Office now stands. At that time, the Credit Union had $18,594,191 in total assets and a growing membership base. Finally, after several years of planning and reserving funds for the building, they completed their first credit union-owned building. In April of 1985, the Credit Union board of directors celebrated with a grand opening, ribbon-cutting ceremony and afterwards, a picnic in the park (Veterans’ Memorial Park) across the street. The total assets of the Credit Union were $23,535,528. The office in Building 41331 was transitioned into a branch and became the Traffic Circle Branch due to its close proximity to the only traffic circle on Fort Huachuca.

Our Credit Union continued to grow and did so under the same charter and field of membership up until 1990 when another change occurred. The Border Credit Union in Douglas, Arizona was merged into our Credit Union. This not only increases our total assets to $24,724,654, but it added another branch to serve our growing membership base.

Ten years later in 2000, another branch opened in Bisbee, Arizona, which provided a location in the county seat of Cochise County. It is also between Sierra Vista and Douglas – adding more convenience for our members. The same year, we applied for and were granted a community charter to allow all those who live in, work in, worship in and attend school in Cochise County to become member-owners of our Credit Union. Our assets doubled from 1990 to 2000 at $47,253,950 and our membership grew to 12,580.

With our new community charter, two new branches were designed and built in Benson and Douglas, Arizona and are opened within a week of each other in June of 2001. Total assets were at $57,706,824 and our membership was at 13,824. Two years later, the Main Office in Sierra Vista gets a face-lift and added much needed space picking up 5 new offices, a storage room as well as outer office space for additional desks. Total assets reached $84,378,227 and membership swelled to 16,101.

The significant growth drew attention back to the Main Office in Sierra Vista, where in 2012, the building had now been in existence 27 years and was in need of its own expansion. On January 18, 2012, the board approved a 14,000 square foot addition to the Main Office. Ground breaking began in February 2012 and the South Wing of the Main Office was completed by the end of that same year.